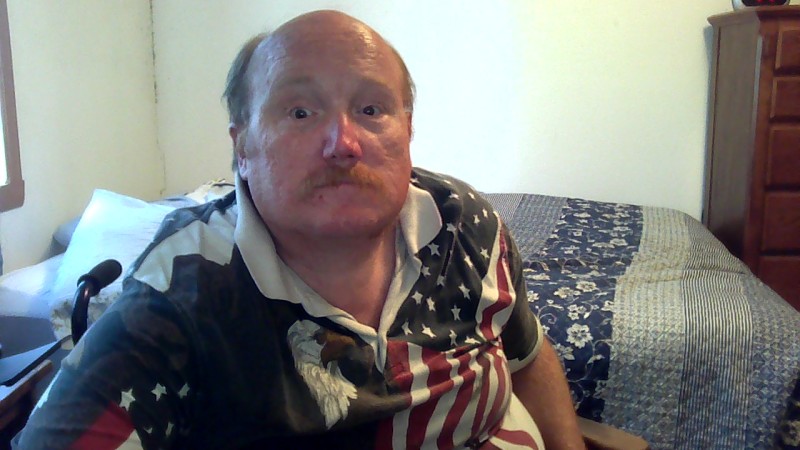 There are people who would like to eliminate the electoral colleges.  The Democrats would very much loves to eliminate it.

The only reason why the Democrats would wants to eliminate the electoral colleges, was because they lost the election back in 2016.

I’m here to tell you that if the electoral colleges was eliminated, the fly-over state; such as North Dakota wouldn’t have a say in Washington DC. Only heavily populated states, like New York, California, Texas, Florida, etc.  will have a say what goes on in Washington for the rest of the country.  These smaller populated state will no longer have a voice in the election.

Yet the Democrats would allow the illegal immigrants to continue voting in the election.

It goes to show that the Democrats will stop at nothing to remain in power.  They don’t care about the American people.  They are just so desperate to remain in power and to stop Pres. Trump; that they will do almost anything, even if it’s illegal or unscrupulous.

Let us look at the latest thing they did.

Under the leadership of Sen. Dianne Feinstein from California, they went to smear a good man’s  name.  They tried to stop Brett Kavenaugh from being appointed to the Supreme Court.  They accused him of sexual assault.

Not only did they smear his good name, they made a victim out of Kristina Ford all over again.  They were just using her for their own gain.  They didn’t care who they hurt.

No wonder Kavenaugh was very upset.  I would be too, and so would you.

It was like a witch hunt; similar to the Salem Witchcraft trial in the 1600’s done by the religious leaders of those days.

He had every rights to be angry at the Democrats.  It was righteous anger.  Just like when the Pharisees persecuted Jesus and crucified him on the cross.

It was similar to the ’50’s when Sen. McCarthy made accusation to anyone who he felt was commies.

What teenage boys or even men as boys ever done inappropriately things with girls back in high school and college?

I’m not disputing that something happened to Christina Ford back in high school.  I’m disputing at the way it was handled by the slimy, sleazy Democrats.

They will stop at nothing to remain in power.  They cannot stand Pres. Trump.  They wants him out of office; and they’ll do anything possible to make it happen.  They don’t like the fact that unemployment rate is at it’s lowest.  Even lower than it was under Obama.  They didn’t like his tax cut; in which the working taxpayers got a bigger take home paycheck.  If you don’t like the increase in your take home pay, just give it to me.  Why give it back to the Government?

I’m here to tell you that President Trump has been very good to me.  And I’m just a blue-collar worker.

You can’t tell these Leftist Democrats anything like that.  They just don’t listen to reason.  They just wants to argue to the point that they become very violent.  They will name-call and everything else.

Years ago, when I first became a Republican while under Reagan, I had professor back at NDSU who was a Democrat.  I consider him a friend and a mentor.  He never tried argue his point or stoop to name-calling or become violent.  Back then we respected each others.

Now days, you might as well forget ever reasoning with them.  To them we are rednecks.

Who haven’t been attack either verbally or physically?  I know a few of these Leftist personally.  They just don’t wants to listen to reason.  To them, we don’t know what we are talking about.

Even Hillary Clinton and even Obama called us rednecks and needs to be controlled.

If there is  anyone who  ever been attack by these Leftist, I would love to hear from you.  My e-mail address is daleaheger@msn.com.

As I said in last week blog, Sen. Heidi Heitkamp lost my vote this election; all because she side with her fellow Democrats.

Matter of fact, I will not be voting Democrats anytime again.  That can be a hard things to swallow; because there is some bad Republicans out in Washington.  It just that the Democrats are worst right now.

They hope to have a blue wave this election.  Let us tell them, HELL NO by voting them out of office.

This country is so divided right now because of these Leftist.  More divided than we ever been.  To make America great again, we must vote out the Democrats this election.

The Democrats thinks that they can win the women’s vote, by lumping them all together.  There is Republican women who will not vote for them.

The Democrats even thinks that they can win the black votes also?  There are blacks out there who are big Trump supporters out there.  Kanye West is one of them.  The Leftist media just ridicule him; like they do anyone who supports Trump.

If you remember few years ago how Clint Eastwood was called senile because of what he said at the Republican convention?

The American people is upset with our government and the corruptness in Washington DC.  Who are they more upset with.  My money is on the Democrats right now.

Don’t get me wrong, there probably a few good Democrats out there.  Those are the kinds that are becoming very upset with their party.  Some even are thinking about leaving their party.  The Leftist leaders and media is doing one heck of job in destroying the Democrats party as we know it.

Two weeks ago, I read a letter to the editor that said, “the two-party system isn’t working anymore.”  I kind of have to agree.

Even Max Schneider, who is running for the North Dakota House  said that they fight like cats and dogs in Washington.  The bad part is because of Heitkamp no vote on Kavenaugh, he is also running behind his Republican challenger as well.

Won’t you join me this election to vote against these Leftist, sleazy, and slimy Democrats.  Let us send them a message that we are mad as hell and will not take it anymore.  It’s very important that you go out and vote this November.  Vote against the Democrats!  Believe me, I will!  They will never get my vote again.  No matter how bad the Republican candidate may be.  I now regret ever voting for Obama; but I couldn’t stand both McCain and Romney.